When marketing to the retail industry, it is important to have a firm understanding of the retail target market. The global retail industry was massively damaged by the ‘Great Recession,’ which began for retail in December of ’07, and was declared technically over in the US in September of ’09. (We all know how true that really was.) In March of 2011, the latest annual report from the US Census Bureau (calendar ’09) showed a second year of industry decline with numbers finishing at $4.13 trillion for the year – including food service and automotive. Most major retail chains did show reduced sales in the first part of ‘09, but, numbers began to improve in the later part of the year, and an upward trend took hold that continued into 2011. In spite of this, we’re not seeing the sort of enthusiastic improvement we might have hoped for.

For 2011, the number of store openings among large retail chains was expected to far exceed closings, though both large and small chains were expected to need to ‘struggle to hold onto their presence…’ Now, in 2012, we see that ‘growth and expansion of brick and mortar stores’ is likely to slow this year due to our continued slow economic recovery as well as online and mobile shopping. So, competition is fierce, and the world we all returning to after the ugliest part of the recession is much changed form the one we left. Retail is the second largest industry in the US, is the largest US employer, and provides 15 million jobs (that number was 14.4 million as-of April of 2010). In spite of employment increasing steadily in the retail sector at the start of 2010, retail employment numbers in April of 2010 were still at a ten-year low. This reality, combined with still-high US unemployment rates, has made the retail job market more highly competitive at all levels. At the same time, turnover in the retail industry stands at 50% and is listed as a key challenge in Q1 2012, with recruiting and training new personnel a constant issue.

The ongoing effects of the recession are predicted to continue, according to one source, “from 18 months to 11 years.” Challenges like the high cost of fuel and the continued fear of spending, along with the lasting effect of the buying public’s adaptation to reduced circumstances, have proven to be game-changers for those who sell things to the general populace.

Technology is a mainstay of successful retail. For technology vendors looking to sell into the retail sector, it appears that trends active prior to the recession have slowed and restarted more than they have actually changed. With a few exceptions for upgrades and some lost traction, key technology trends include service oriented architecture (SOA) to provide the agility that new business processes demand (in-store pick-up for Internet purchases, as an example), as well as, data warehousing, business intelligence, and business performance management, which help retailers tune all aspects of their business from targeting the most lucrative customer segments to identifying improvements in operations. Globalization / supply chain also presents numerous technology opportunities (RFID, for example) to improve margins. 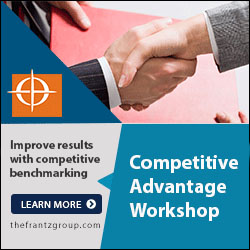